Delayed a year, with committees doing much of their work by Zoom and in a shorter time-frame, the 80th General Convention nonetheless provided many opportunities for School of Theology leadership to make an impact.

The Rev. Deborah Jackson, associate dean for community life, was elected to the Executive Council of The Episcopal Church. Jackson also serves on the Joint Nominating Committee for the Election of the Presiding Bishop. “I am humbled and honored to have been elected. I am grateful for the support of the Convention, and look forward to serving in this capacity,” she says. 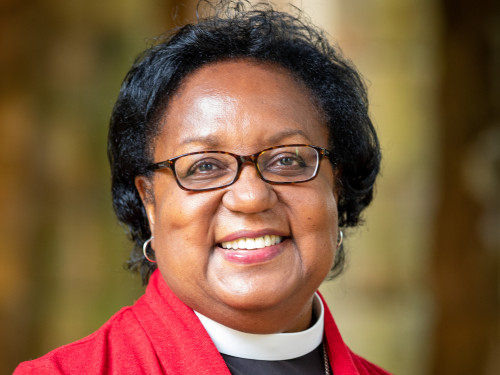 Bishop Neil Alexander was appointed the new Custodian of the Book of Common Prayer. Alexander served as dean of the seminary from 2012 to 2019, chancellor of the University of the South from 2009 to 2012, and chair of the Task Force on Liturgical and Prayer Book Revision. He succeeds the Rev. Dr. Juan Oliver, who teaches in the Advanced Degrees Program at the School of Theology.

Alexander’s appointment comes at a time when the work is becoming increasingly complicated. Oliver says much of his work as custodian was consumed with translation. The Custodian must certify that anything published in the Book of Common Prayer is faithful, and certify that any translation adheres to the original. Now that charge includes digital publication. 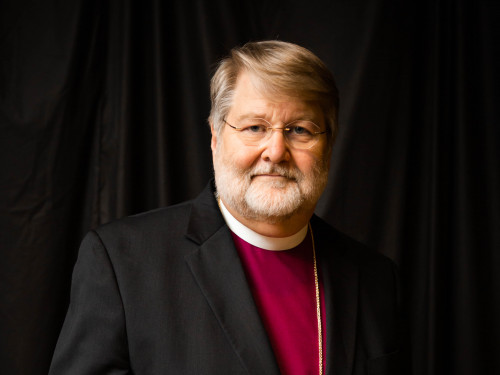 Dean of the School of Theology the Very Rev. Dr. Jim Turrell says, “Until now, the Book of Common Prayer was considered exactly that: a physical book, a codex. The Constitutions and Canons recognized the prayer book, but there were other resources with some kind of endorsement by General Convention, ranging from Lesser Feasts and Fasts and the Book of Occasional Services to the Enriching Our Worship series. They were not all on the same footing, nor were they all subjected to the same scrutiny and review, and some had a murky constitutional and canonical status.” 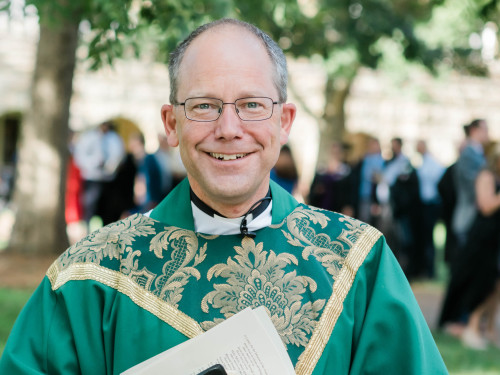 Turrell says the Resolution that passed (A059, initially proposed by the Task Force on Liturgical and Prayer Book Revision and then replaced with a modified text in the House of Bishops) stemmed from an attempt to clarify the status of the church's liturgical forms. "The proposed constitutional change clarifies that the Book of Common Prayer is a collection of liturgical forms and texts given a certain kind of authorization, and not a codex. It also provides for the ability of General Convention to authorize supplemental liturgical forms, clarifying the status of those other liturgical books."

Turrell says the Book of Common Prayer in the pew is not going anywhere. “The prayer book in codex form is portable. It’s analog. It does not depend on a battery.” Costs matter, too: many churchgoers do not own their own electronic devices, and churches can afford to place paper books in the pews but not iPads. “And the iPad isn’t going to fall open to page 355,” Turrell notes.

On the topic of books, the 80th General Convention also adopted the 2022 version of the New Revised Standard Version (NRSV-UE) among translations to be used for the lessons prescribed in the Book of Common Prayer. Dr. Paul Holloway, University professor of classics and ancient Christianity, contributed to the translation of Philippians for the revision. “The translation is based on my 2017 commentary on the letter, but the two are not identical,” Holloway says. "I am glad to see The Episcopal Church recommending the newest edition. I think my translation of Philippians makes about 90 changes to the NRSV 1989." 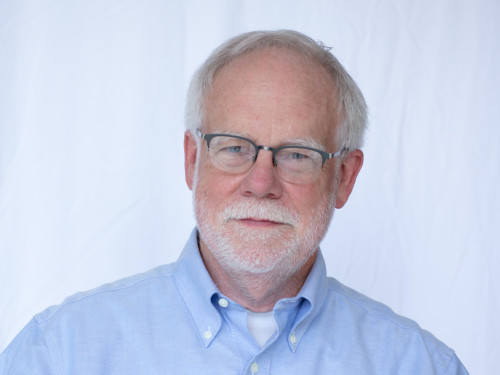 The School of Theology’s influence was perhaps most obvious in the adoption of D011, a resolution to direct the removal of William Porcher DuBose from the Lesser Feasts and Fasts Calendar. In a February 2021 open letter, the tenured faculty of the School “joined our voices with those seeking the removal of William Porcher DuBose,” a step which was then followed by the striking of DuBose's name from the School’s annual alumni lecture series.

Subsequently, the Standing Commission on Liturgy and Music, of which Dean Turrell is a member, began to discuss the work of the Rev. Dr. Benjamin King, professor of Christian history, associate dean for academic affairs, and director of advanced degrees. With American history professor Dr. Woody Register, King co-authored the Research Summary by the Roberson Project on Slavery, Race, and Reconciliation. The investigation included the legacy of DuBose, who not only held Black people in slavery prior to the Civil War, but afterward wrote arguments for slavery and white supremacy even as he rose to fame as a theologian and served as dean of the School of Theology.

Ultimately, General Convention found the removal of DuBose sufficiently uncontroversial to be bundled with legislation on the consent calendar. “DuBose was considered by some to be Sewanee’s saint. It did not hurt the resolution to have Sewanee people speaking in favor of dropping him from the calendar,” Turrell says. 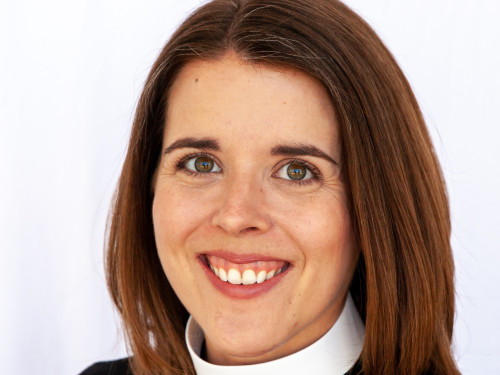 The Rev. Leigh Preston, instructor in pastoral Spanish and Latino/Hispanic ministry, was the only representative of the School of Theology who attended the General Convention in person. Concerns about the COVID-19 pandemic, caused General Convention organizers to limit attendance to only those in key legislative functions—a change in plans that impacted thousands just weeks ahead of the event.

Preston attended as chair of the deputation from the Diocese of East Tennessee. She was appointed vice-chair of the Legislative Committee on Churchwide Leadership, which was responsible for legislation related to equitable hiring practices and benefit policies, as well as the creation of a Director of LGBTQI and Women's Ministries staff position.

During the past triennium, Preston also served as a member of the House of Deputies Committee on the State of the Church, which proposed several resolutions to help the Church respond to current adaptive challenges, including the way it defines membership, collects data, and makes decisions.  "In spite of the shortened length and reduced size of this year's convention, there was still a deep sense of joy, energy, and commitment in the House of Deputies," says Preston. "It was wonderful to be able to gather in person and build relationships across the Church, and I believe we accomplished significant work together, particularly around issues of equity and justice," she concludes.