Next week the Schola Cantorum of the School of Theology will travel to London and Edinburgh to sing at Westminster Abbey and at St. Mary’s Cathedral.

The tour marks the first time in the University’s history that a School of Theology choir has been invited for a British choral residency, and the first time in living memory that any American Episcopal seminary choir has been invited for a residency. Schola will sing services at St. Mary’s Cathedral in Edinburgh, Scotland July 11-17 and at Westminster Abbey, London July 18-24. 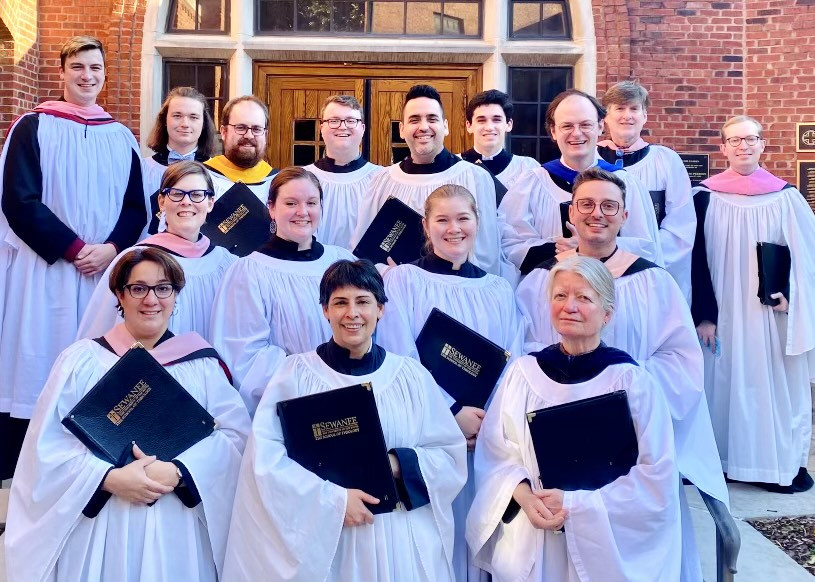 The Schola is a chamber choir of the School of Theology, leading many of the week’s sung services, as well as a weekly Evensong in All Saints’ Chapel—a practice which sets the Schola apart from the University’s other choirs and from most choirs in the United States. “There aren’t too many places in the U.S. that sing Evensong as regularly as once a week, and we’re certainly the only Episcopal seminary that does a choral Evensong  that regularly,” explains Dr. Kenneth Miller, Schola founder, Assistant Professor of Church Music, and Organist and Choirmaster of the Chapel of the Apostles. Singing this service has not only strengthened the music program at the School of Theology, but has led to a rare opportunity—the invitation to sing week-long residencies at both Westminster Abbey in London and St. Mary’s Cathedral in Edinburgh. “It appears that we are the first Episcopal seminary ever to be invited to sing  a residency at Westminster Abbey.”


Comprised of sixteen members, the choir includes seminarians, School of Theology faculty and staff, and undergraduate singers from the college. Formed in 2016, Schola Cantorum is the University’s premier chamber choir and part of a strong tradition of sacred music on campus. This is especially true at the School of Theology where music is interwoven throughout daily worship and community life.

Miller also emphasizes the formative and spiritual nature of the invitation, referring to the residency as a pilgrimage. “This pilgrimage gives us the opportunity to be part of the furniture of these places for a week, as opposed to a normal choir tour, where you’re in a different city every night singing the same concert and not becoming involved in the life of a place. We want to be there in a way that allows us to enter into the prayer life of each place, not just as an ornament, but as a part of the fabric,” says Miller. 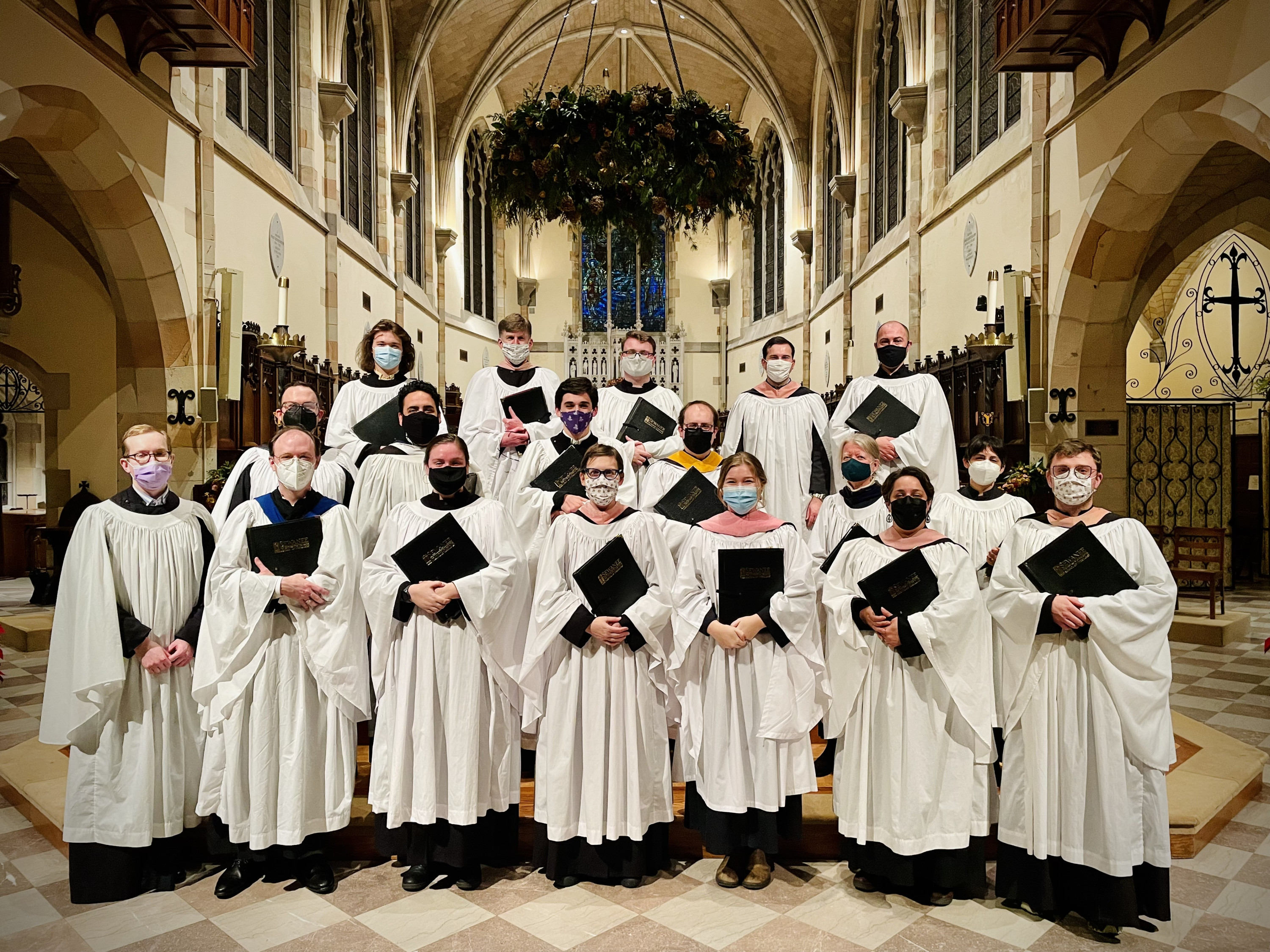 “It is important for us to be in places where the kind of singing that we do is done all the time and to make that connection between our part of the tradition and their part of the tradition,” asserts Miller. “I have been intent on planning music for this pilgrimage that reflects the wide-ranging view of the tradition that we teach at Sewanee. Alongside the more traditional music that is usually sung in the Anglican tradition, we are also singing some arrangements of spirituals and works by a wide swath of American composers.”

The cornerstone of these residencies is the opportunity to sing and experience daily Evensong, an almost entirely choir-led sung service integral to worship in the Church of England, especially in cathedrals. Adams says, “You can just show up and listen and process and be contemplative. I think deep in the DNA of formation at Sewanee is that the Mountain itself is a bit removed from everywhere else, and that distance creates a space of reflection and that is key to the formation that students get here. I think choral Evensong does the exact same thing. There’s an intentional leaning into a more contemplative expression of the liturgy and I think that’s deeply formative too.”

Schola member Charles Martin, T’24, further explains the power of prayer set to music, “The way that music adds to the words of prayer gives the same words a different color and meaning. Even when you’re repeating the same words every day, when you sing them there’s always something new because there’s new colors and emotions. Especially at Evensong, where we’re praying on behalf of the congregation, the choir has a sacred responsibility to voice the prayers of the entire gathered community through song in a way that we hope is pleasing to God.”

The importance of the pilgrimage and the music itself is deep. Schola members expect the experience will have a lasting impact on the singers and on congregations, as well. “St. Augustine’s old line about singing was that it is ‘praying twice,’ Miller concludes. “It’s a way to involve all of who you are in worship.”

Though Schola has received many generous donations for their upcoming travels, members still expect to incur personal cost and are grateful for additional financial support. If you feel called to support the work of the School of Theology’s Schola Cantorum, it is simple to give at the Schola Tour Giving Campaign website. “We have had tremendous support from the seminary and friends of the seminary who have donated to make this pilgrimage possible,” says Dr. Miller “and we are grateful for continued support.” Additionally, Schola recordings can be found on the Schola Sewanee YouTube Channel.