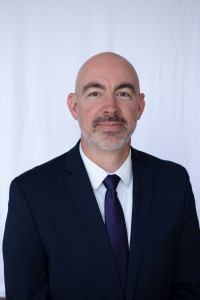 Dr. David Stark is assistant professor of homiletics at the School of Theology, University of the South. An ordained elder in the North Carolina Conference of The United Methodist Church, he has served both rural and urban congregations. He has also taught as a visiting scholar at Universität Leipzig, Germany, as a teaching fellow for the Styberg Preaching Institute at Garrett-Evangelical Theological Seminary, and since 2018 as an instructor in the A.C.T.S. D.Min. in Preaching Program in Chicago. He currently serves as English language editor for the International Journal of Homiletics. He is a member of the Academy of Homiletics and of Societas Homiletica.

His dissertation examines the role power has played in Old Testament interpretation and explores alternative approaches from aspects of African American preaching and Jewish-Christian dialogue.